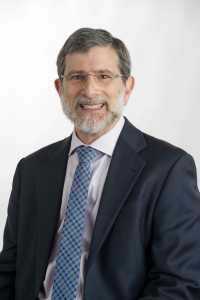 Welcome to my website! I’m an economist, historian, and journalist with a long track record of writing and speaking about economic and business issues in a non-technical way.  My book The Box: How the Shipping Container Made the World Smaller and the World Economy Bigger, which explains how a seemingly simple innovation made globalization possible, received many awards and was published in a second edition in 2016. The Great A&P and the Struggle for Small Business in America, which explores the fascinating history of government efforts to crack down on chain stores to protect mom-and-pop retailers, won praise across the ideological spectrum and was published in a second edition in 2019, with a new chapter comparing A&P’s business practices with those of Amazon.

My 2016 book, An Extraordinary Time, takes an unusual look at the miserable decade of the 1970s. It shows how the sudden end of the postwar boom amid the oil crisis of 1973 left voters around the world angry with politicians who could no longer fulfill their promises of full employment and steady economic growth. The public mood turned against the welfare state, sweeping leaders who promised to cut government down to size — Margaret Thatcher, Ronald Reagan, Helmut Kohl, and others — into power. But there was no secret recipe that could restore rapid growth and full employment. The reason, I argue, is that the postwar miracle was an extraordinary event. At most times and places, living standards improve gradually, driven by productivity growth across the economy, and political leaders of whatever stripe have very limited ability to change that.

The links above will bring you to my biography, to information about my books, to some of my recent articles, and to my contact information.