When my book The Great A&P was published back in 2011, a major commercial publisher handled the copy editing, the design, the printing, and the distribution. My main jobs were the parts I’m good at, the research and the writing. It was a piece of cake.

When I decided to put out a revised edition, I had to figure out how to handle all those other tasks I’m not so good at — or find others to do them. It wasn’t a piece of cake. Now that the book is out, I’ve written an article about my experience for the American Historical Association’s Perspectives on History. It’s called “Self-Publishing a Second Edition: A Historian’s Adventures in Going It Alone.” I hope you enjoy it. 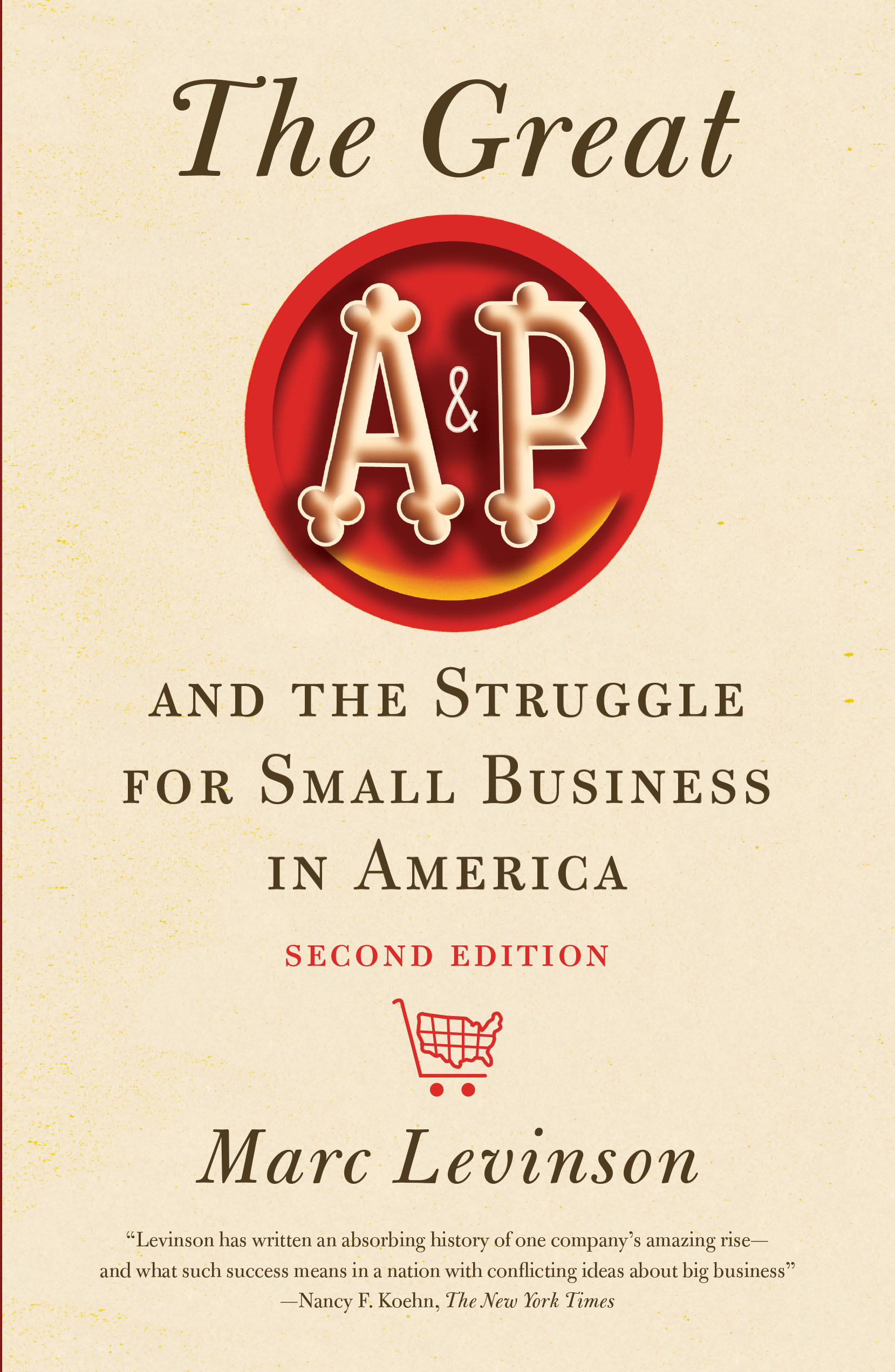 The New York Times has been congratulating itself for signing up the one-millionth paid subscriber to its digital edition, and well it should. In an age when information wants to be free, as Stewart Brand supposedly said, convincing a million people to pay for access to information over the Internet is a big deal.

The folks at the Gray Lady, predictably, attribute NYT.com’s large following to the high-quality journalism provided by its crack reporters around the world. In my view, the Times has succeeded in finding subscribers online for an entirely different reason. Its digital editors, if that’s the proper name for the folks who manage NYT.com, have figured out how to create a product that’s hard to steal.

Content theft is the bane of any information provider’s existence in the digital era. Articles, chapters, even entire books end up on the Internet without authorization, placed there by people who think they are providing a public service. A couple of years ago, I even came upon a French translation of one of my books on the Internet, the work of a university student who had translated it, without permission, because he thought that was a cool thing to do. Similarly, people think nothing of copying music or photos from the Internet without permission from those who wrote the songs, took the pictures, or acquired the rights from the creators. Many  content providers have tried to deal with rampant theft by putting their content behind pay walls, but in general this strategy has not succeeded. In the case of newspapers, many of them have trimmed their staffs to the point that their content just isn’t worth the money they charge, especially when potential subscribers know that any truly important news will appear all over cyberspace within minutes of its publication.

After years of treating its web product as a digital version of its print edition, the Times finally learned that the way to deal with content theft is to publish a multimedia product instead of an online newspaper. While much of the content on NYT.com is plain old news articles, a significant amount is infused with videos, audio clips, photo essays, or dynamic maps and charts. This non-written content is of extremely high quality and well worth seeing or hearing. But what matters from the commercial point of view is that the complete package of these diverse content types embedded in a written article can’t readily be cut and pasted into other websites. If you want to read, watch, and listen, and if you want to talk to others about that terrific video on NYT.com just like you talk about an article, you’ve got to subscribe.

So congrats to the Times on finding an approach that makes its product harder to steal while making digital subscribers feel like they are getting something valuable and unique for their money. If subscribers like the digital product enough that they are willing to pay serious money for it,  advertisers should like it, too.

I’m happy to report that The Box is finally available as an audiobook. Making it was a great adventure, one that taught me about an innovative piece of the publishing business about which I knew nothing.
For this, I need to give credit to an audiobook fan who wanted to know why he couldn’t listen to The Box. He introduced me to ACX, a web-based audiobook production service run by Audible, which in turn is owned by Amazon.com. Once I affirmed that I hold the audio rights to The Box, ACX let me search for a reader by proposing a method of compensation and selecting the characteristics of the ideal reading voice from pull-down menus. (My one complaint: ACX required me to solicit either a male or female reader; I would have been open to either, but did not have that option.) I uploaded a couple of pages of text to the ACX website, and within a day 11 people had auditioned to produce my book by uploading trial recordings. I selected a producer named Adam Lofbomm, based strictly on his audition, and we agreed to do business. Two weeks later, Adam had recorded and edited 11 hours of The Box. It took a couple more days to fix errors and come up with a cover design, and then the audiobook went on sale at Audible, Amazon.com, and the iTunes store.
It’s clear that Audible has given great thought to the publishing process. The contacts between Adam and myself ran through the ACX website, so Audible has a formal record of our dealings and agreement. Audible also keeps track of sales on these three outlets and will pay Adam and me directly, so he doesn’t have to worry about being treated fairly by me. If I ever want to know how many audiobooks have been sold, I can log on to the ACX website and find out. Try that with a book publisher!
So if you know people who love audiobooks, please pass the word: The Box is there for the listening. Many thanks to the people — there were several of them — who prodded me to arrange it. And thanks to Adam Lofbomm for producing it so quickly and so well.